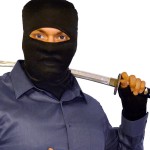 Spike Lee Has created Amazon’s First Feature Film. The Film is about Violence in Chicago and the Women who live in the worst Places come up with a way to stop it.

Chi-Raq Has a ton of stars and from, the trailer it looks top be a full based drama with comedy. Overall the film looks like it could be good, but I’m not a huge Nick Cannon fan but still, I will give it a shot. Check the trailer below and let me know will you be checking the film out. The film can be viewed on Amazon for a fee and or if you’re a Prime Member you will have the free viewing option like me.

Due to hit Amazon on: Around January but will get a Limited Theater release before hand on December 1, 2015

Plot: After the murder of a child by a stray bullet, a group of women led by Lysistrata organize against the on-going violence in Chicago’s Southside creating a movement that challenges the nature of race, sex and violence in America and around the world.

CEO/Webmaster of soreelflix.com. The Name Is James and I love Film ranging from Silent 20's to highly CGI Blockbusters of today. Westerns, Horror, world film, basically anything that peaks my interest I own it But Asian Films are what I Prize the most and Half of My collection Consists of Asian Films. Thanks to the Film 5 Deadly Venoms I Hail From The US, Maryland Is where The Ninja Studies and views the Scrolls of Film That Shine on his 46" Screen. I own a sword, I can do a thousand upside down situps, and I randomly disappear in smoke when I'm not writing movie news and or reviews.

Upcoming DVD and Blu-Ray Releases for this Tuesday August 11, 2020

Upcoming DVD and Blu-Ray Releases for this Tuesday July 28, 2020

Upcoming DVD and Blu-Ray Releases for this Tuesday July 21, 2020

Upcoming DVD and Blu-Ray Releases for this Tuesday July 14, 2020